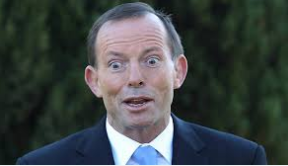 It’s been almost a year since the Coalition came to power, so let’s review what actions and policies have affected Australian Manufacturing.

During the 2013 election campaign, the Coalitions pointed out 5 pillars of the economy, one being Manufacturing. Ian MacFarlane, was sworn in as the Minister for Industry on September 18th, 2013. About 4 months before that, Ford announced they were shutting shop in 2016 and there was uncertainty around Holden and Toyota’s future.

Ian MacFarlane was all over the media, visiting automotive plants, meeting with senior Federal and State figures, and it looked like the Coalition was serious about Manufacturing. There were changes in the amount and timing of funding for the Automotive sector and in December, Holden said they were closing their plants down by 2016/17 and Toyota soon followed in February.

The CSIRO’s funding is being cut and about 800-1000 staff are set to go. Cut’s in the CSIRO means cuts to Research and Development.

After all that, it seemed like Ian went into hiding. The Coalitions argument was that the budget and debt was a priority, and that they wouldn’t be ‘propping up’ unprofitable sectors and even though many analysts state that the economic return on investment is far greater than the Federal Investment into Automotive, the Coalition said they didn’t have the cash and the free market should decide.

They do have cash for Infrastructure and Defence though. Tony Abbott wants to be known as the Infrastructure Prime Minister and $10B is earmarked for Infrastructure (Roads mainly). To me it sounds like he’s propping up Construction companies, handing out Infrastructure projects in return for getting roads built (with and without tolls). When I talk to manufacturers, they say it’s not advanced manufacturing (which is what adds value to your product) and many of these Multi-National Companies are getting the materials from overseas. Well, at least we’ll have some jobs for construction. The Greens want some of that money put into Public Transport, arguing that more roads leads to more congestion which leads to more fuel being burned, however, the Government are not interested in funding Public Transport projects.

Abbott then went on tour and signed up Korea and Japan for a Free Trade Agreement, where Australian Agriculture got a better deal with a cut n tariffs over 25 years and Japanese & Korean Car Manufacturers get the 5% tariff removed. Japan Sub-Marines and Korean Ships also were discussed while he was on tour. Now, I love a good conspiracy, Abbott had plans long ago about signing FTA’s with Korea and Japan, he didn’t wake on April Fools Day and say book me a round trip ticket to Asia. Did he need to cut loose Australian Automotive to sweeten the FTA deals?

That leads me onto defence. The signed up to buy F-58 JSF planes for $12B. Planes that are still conceptual, not ready to be used in action until 2020 and let’s not forget the numerous delays and cost overruns. Nevertheless, there’s also $1.6B to be invested into upgrading Defence bases in NSW & NT tied into with the F-58 purchase. There’s also some defence contracts for Ships and Sub-Marines up for Tender. The Government is only considering Spanish and Korean Ships for the tendering process, saying that Australian Ship Builders don’t have the capability and on top of that are unproductive. Aussie Ship Builders say they have the capabilities. I thought the whole idea of a tender, was to open it up to companies and then let them state their case, instead of letting prejudice enter the process to see who is competitive or not.

The latest news in the media is that the Coalition is looking at Japanese Sub-Marines because they want value for money. They say the decision being made is up for the Department of Defence to decide. Did the Government do some back-room deals and offer the Ship and Submarine contracts to the Koreans and Japanese? The benefit of winning these projects and the flow on effects for Maintenance of these Ships and Submarines is big for the country that wins them.

Gas prices have quadrupled and are set to soar further due to lucrative export prices. There’s no Government policy to protect Companies and consumers from these higher prices. Some companies need it for energy so they can look at other energy alternatives, but others need it as an input into the manufacturing process like fertilizers and plastics, and therefore have no other option but gas. Some argue that it’s a free market and gas should go to the highest bidder, others say it Australian gas, not the companies who mine it, and we should form policy to use the gas to the advantage of Australia’s best interests and that is cheap energy. the Americans have such a policy in place and there manufacturing industry seems to be benefiting from it.

The Coalition also wants to scrap LRETs and SRETs or Renewable Energy Targets and Certificates. With that uncertainty, companies have delayed and pulled renewable energy projects and the change in policy would disrupt an industry that gives consumers of energy a cheaper and sustainable source. It doesn’t look like the changes will get through the Senate but time will tell.

If the Coalition belives that one of the 5 pillars of an Australian economy is Manufacturing, what have they done in the last 12 months to maintain the structural integrity of this pillar?

Building on our strengths in Manufacturing Innovation

We will unleash the real economic potential in our manufacturing industry by removing the shackles and burdens holding the industry back and by making the industry more productive and competitive. We will:

I just don’t get it. Do they want it the industry to fail and reset the clock because they can’t fight the Unions on lowering wages? Are there larger political forces at work globally, where it’s in the Governments best interests to work with other Nations and give projects to overseas manufacturers? Are they returning the favour to groups that funded their party and help them get into power? The way things are going, Australia is going to have three sectors; a Quarry, Tourism and Services.